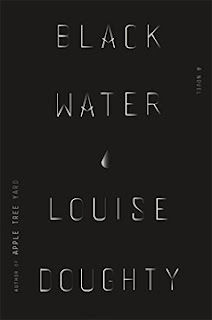 For a book that moved very slowly, I was on the edge of my seat. For a spy novel, it wasn’t really about spycraft. For a book about one man and his long life in the shadowy world of reading the world’s politics, it was not very long.

The life of “John Harper” begins in chaos, travels through turmoil, and emerges in a twilight of lost opportunities. His full story reveals itself very slowly throughout the novel, but I don’t think it substantively spoils the reading experience to give a little information gleaned from the interleaving background. Harper was born Nicolaas Den Herder in a Japanese-run internment camp in Sulawesi, (in what became) Indonesia. He is part ethnic Indonesian and part Dutch. He and his mother live under the cloud created by the deprivation of that time, its repercussions traveling to when Harper is old and mulling the potential end of his tenure with his organization and maybe of his life.

Everything is about change for Harper. Just when happiness is within his grasp, he loses it. Just when he has the tokens of respectability and responsibility, he sabotages it. Although he has known love, it is hard for him to countenance it, since it (and he) forever teeters on an abyss. Louise Doughty has created an excellent psychological study of a man who is desperately searching for a self with which he can be at peace.

Because Harper looks neither white nor Indonesian, his work flips between the two worlds. His rudimentary Indonesian is force-fed language lessons, and he is shipped off to Jakarta as an agent for a private corporation that helps organizations with “discreet services.” Unfortunately, that time is during a dangerous and volatile time in Indonesian history (1965). Suharto and his hunt to eradicate Communists (and Sukarno) draw civilians into their fight, causing untold deaths of people who just want to be left alone to fend for their subsistence-level lives. Harper’s involvement in this event scars him, but we don’t find out the true level of his pain until the end of the book.

The anchor for “Black Water” is Harper’s story in 1998, when he is in his 50s. He has returned to Indonesia and is paying penance on Bali for some indiscretion, which we gradually learn about. Doughty’s description of life in Bali is evocative. She depicts a very non-Western culture, as seen by a mostly Western man, and creates something that is both exotic and quotidian.

The CIA is never named. Other world shadow organizations are never named. Big chunks of Harper’s covert activities are not elucidated. But Doughty hangs their looming presence over the book. “Black Water” is reminiscent of Graham Greene’s languorous yet compelling “The Quiet American.” While the spy part of the book is there, it almost is secondary to the exercise of style and literary-ness in the telling of a romance, moral ambiguity, and childhood trauma.

Here’s an MBTB star, especially for a zinger of an ending!