The Ex by Alafair Burke 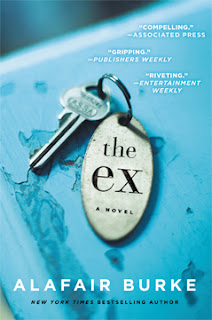 It’s not always true that a book written by a lawyer will be a paragon of legal orthodoxy. If a novel is to be interesting it must step outside the bounds of the tedious legal wrangling and investigation that occurs in most real cases. And that sometimes results in stories that lie more in the realm of fantasy. There are gunfights, exploding cars, backdoor shenanigans, a robot shouting, “Danger, Will Robinson” … sorry, got carried away.

What I like about “The Ex” by ex-Portlander Alafair Burke is the nitty gritty of working a criminal case has not been wrapped in last year’s “Mission Impossible” script. Good twists, good characters, and a good story have not been buried.

Criminal defense attorney Olivia Randall has agreed to handle the defense of an old college boyfriend on charges of murdering three people. One of the people Jack Harris, now a well-regarded author, is accused of murdering is Malcolm Neeley, the man whose teenaged son went on a shooting rampage a few years earlier which killed thirteen people, including Jack’s wife. Although it has been about twenty years since Olivia has seen Jack, she knows that no matter the provocation, Jack could never kill anyone. She should know. She provided enough provocation during their time together to rile a saint, and Jack did not lash out at her.

Jack’s sixteen-year-old daughter is the one who found Olivia and begged her to take her father’s case. Despite the unhappy ending of their affair, Jack, too, begs Olivia to help him. Her guilt over their breakup two decades earlier guarantees that she will take his case.

People and memories from Olivia’s past pop back into play. For example, Charlotte, Jack’s childhood friend and the college schoolmate to both Jack and Olivia, has the money to pay Olivia’s fee. It is she who inadvertently set the murder scenario rolling by trying to find an intriguing woman Jack spotted on a morning jog. Charlotte posts a “missed moments” alert in her online publication and it goes sufficiently viral that the woman is found. It is while going to meet this woman face-to-face that Jack is put right in the vicinity where the odious Malcolm Neeley is fatally shot.

While it’s not a slam-dunk that Olivia will be able to extract Jack from the charges, there is yet no actual evidence that Jack murdered Neeley. With the help of her eccentric office assistant, Einer Wagner, and other more sedately portrayed characters, Olivia methodically picks through the evidence and innuendo. Then slowly, one revelation after another appears. And it is delicious.

Although the ending is a little far-fetched, here is an MBTB star for the page-turning enjoyableness of “The Ex,” another nominee for this year’s Edgar Award for Best Novel.