The Patient by Jasper DeWitt 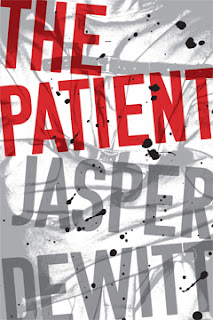 A traditionally-styled horror story. With a modern Reddit overlay. These two methods bang at the edges sometimes. Is the psychiatrist main character who has top-notch credentials and a formal reporting style really the poster who says stuff like, “Whoa. I seriously didn’t expect my first post to get this much attention. I honestly expected you guys to think I was exaggerating. And, yeah, I know that’s been the response of some (I hear you, DrHouse1982) ….”? Here’s the psychiatrist in a more somber vein: “More puzzling still had been his apparent shift in tactics right after his disastrous encounter with his first roommate. Prior to that, the numerous therapy records all indicated that his preferred approach was to induce feelings of anger or self-hatred in his victims.”

Let me back up to the story’s set-up.

Dr. Parker H— disguises the people in his story and himself with the old-fashioned last initial reference. The patient of the title is Joe E. M—. Parker’s supervisor is Dr. P—. So, “hey, dude” meets Kafka.

Eager to get on with establishing himself as a rising star psychiatrist, Parker accepts a stint at the Connecticut State Asylum (“a dismal little place,” referred to by this alias). There is one patient he must never, never, never see. Don’t even ask. Mysteriously bad things have happened to people who are too compassionate or too nosy. So don’t even try.

So you want to sneak around and try anyway? Okay. You do know people have … died? Yes? Okay, then.

In a series of posts, Parker reveals to his Internet audience what he discovers of patient “Joe,” who has been a guest of the facility for a couple of decades, since he was six years old. How bad could something be for a six-year-old essentially to be incarcerated for more than two decades? It becomes Parker’s mission in life — and maybe his last mission … but no, he is posting on the Internet … hmm — to find out Joe’s story and then cure him. That would be a fine feather in his professional fedora.

I mostly enjoyed Parker’s investigation into Joe’s story. It was scary and sad. It was both a horror story and a detective story (sort of). I think I would have liked it more if there hadn’t been such a difference in voices. Or could that have been the point? Hmm.